Some of them still live and some left. Their projects remained or perished. They are project builders.

However, I haven’t heard enough talk of people who succeeded in changing other lives. I haven’t read enough about someone who stood near a “People builder” who influenced their life, work style, creative style. Some would call them leaders.

Unfortunately, the word “leader” has completely lost its meaning these days. Today we worship the leader in a casual suit, with a stripped tie and perfect hair. Today we sell this leader on large website headlines and cover photos, CD covers and cheap rollups. I’m sorry, but for me those are not people builders, those are just mascots whose batteries haven’t yet run out.

I don’t want to end this article on “the world needs people builders” cliché heading towards a motivational thought that will maybe move some readers. I don’t care if you’ll hold me accountable for writing a stupid thing.

I only hope that somewhere, in an office corner or at a bus station there is still a people builder thinking about people, not projects. 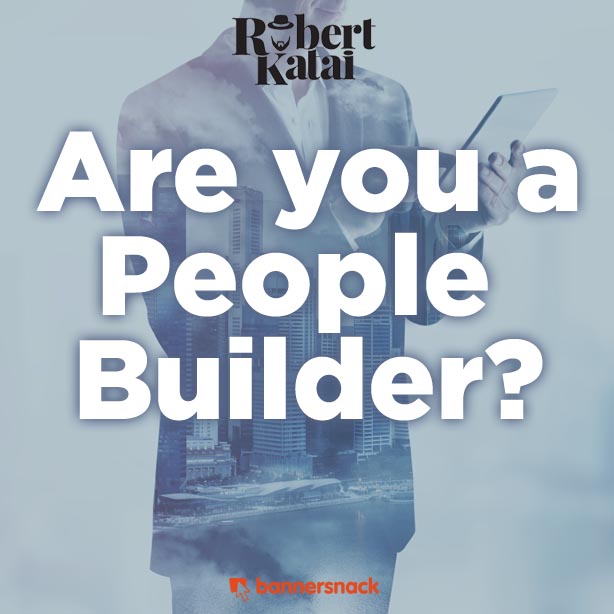