You are here: Home / Visual Marketing / 5 Awesome Types of Video to Create for Social Media

When was the last time you watched the TV or an online video show without interrupting it checking your email or sending a tweet?

The theory that the smartphone is the second screen is so yesterday.

Because smartphone is the only screen we care about. Think about this: when was the last time you forgot your phone at home and you got back to take it, even if you were late at work? Exactly.

This is how important our smartphone is. Why? Because it’s carrying our entire life. Life created in texts, pictures, emails, chats and videos.

Gone are those days when a production department work for the entire week to create a great commercial, that they will broadcast on TV for several months.

I believe that in a few years we will see the first ad on Super Bowl recorded with a smartphone (ha, if nobody has done it before, here is an idea).

But what about marketers? What kind of content should they create to make the user look at the video, engage with them and even share it on social media?

For these question I will try to give you the answer in the following article. I outlined 5 video content types you should create for your social media brand.

And when Facebook said that the number of videos posted per person increased by 75% in 2015, there is a real hint dear marketers.

So without no further introduction, let’s get deep into the answers:

If you want to make a powerful statement in your industry, you should look up to create 10x content. And if you don’t know what 10x content means, you should check out Rand’s Whiteboard Friday video and see what is he saying about how to create deep and intelligent content for your industry.

There are 2 examples that I love to talk about when we look at documentary type videos.

They put together a video documentary about the rise of the new marketing. They are talking about the evolution of content marketing with examples like Marriott, Red Bull, Kraft and others. And they also interviewed marketing influencers like Joe Pulizzi, Ann Handley or Jay Baer.

It’s the video about content marketing you must watch if you are working in the industry.

The second example is the latest from Leornado diCaprio about climate changing, called “Before the Flood”.

A look at how climate change affects our environment and what society can do to prevent the demise of endangered species, ecosystems and native communities across the planet. IMDB

So, if you want to take a big step in your industry, you should start looking at creating big documentary videos with all the information you need to share that can make you a strongleader.

Video documentaries are more than just some random videos to share on social media. You could create an entire movement with it, events and make a powerful statement in your industry.

Another video type you can create for your social media presence are the video series.

The most popular video bloggers are the one who stayed constant is recording it and coming with new ideas on how to engage with their audience.

But what about brands? Can they act like Casey? Can they have a personal touch? Brands are brands and they must sell their product. So what about them when they want to create video series? 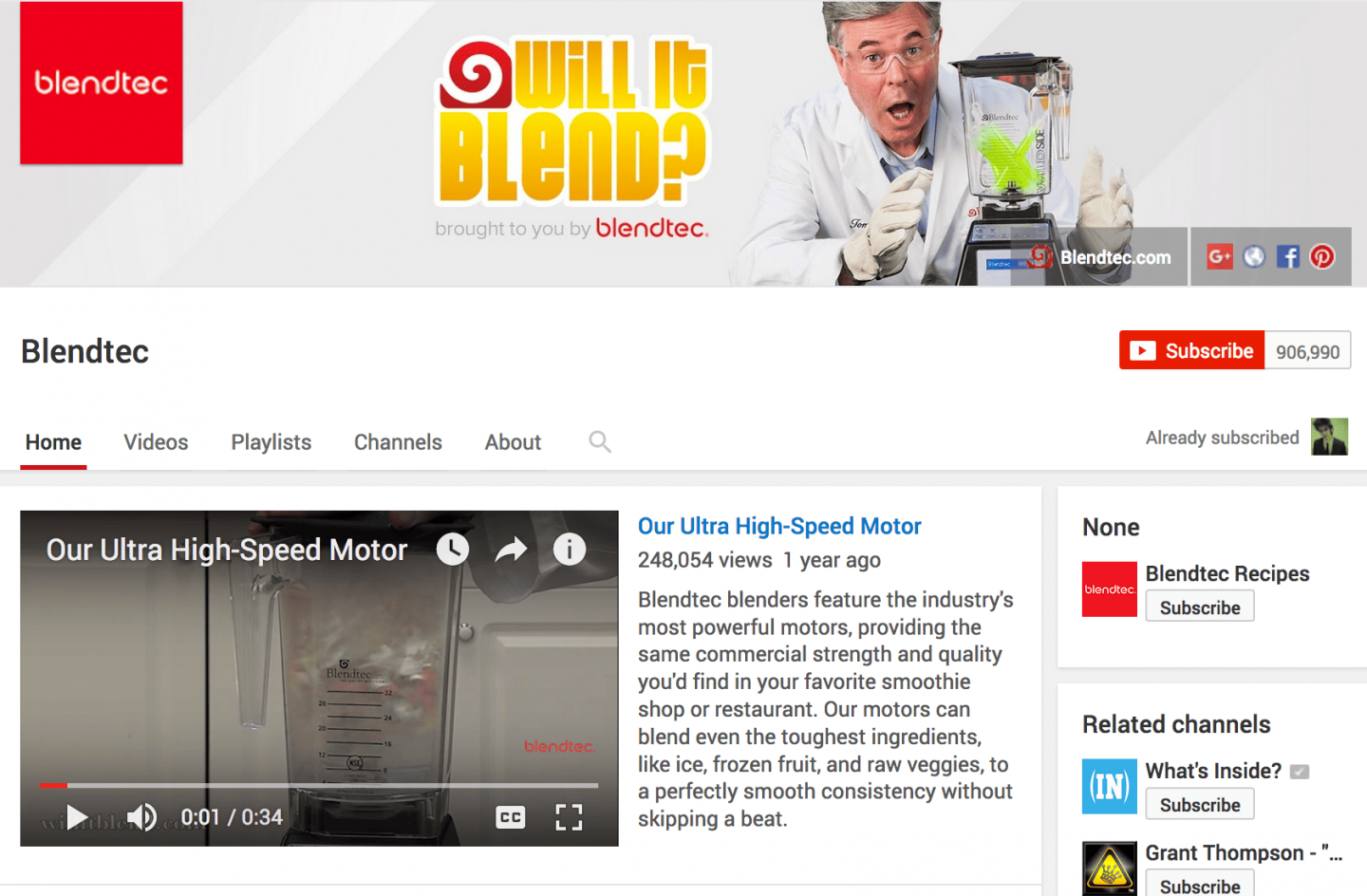 Since 2006, Dickson starred in more than 140 videos that have a combined 256 million views on YouTube and grew a community of more than 920k subscribers on the channel.

Even if today’s market is noisy, there is plenty room for creativity.

So if you want to stand up in your industry, take a bold step and be constant in your content creation.

Who said that with video content we should only create content that entertain our community? What about education? There are tremendous video tutorials on YouTube that are teaching us how to do daily stuff. Think about developers, designers, public speakers or other tech skills you can’t learn in classes or at school.

Webinars are a great way to create videos and educate your community about your product or your services.

For example, let’s say that you are an email marketing SaaS and you want to help your community create better subjects lines in their email. You could start a webinar with them and take them step by step into the theory on how to create subject lines that people will click and open the email. More than that, after the webinars, you could host a Q&A session with the ones who are online with you. 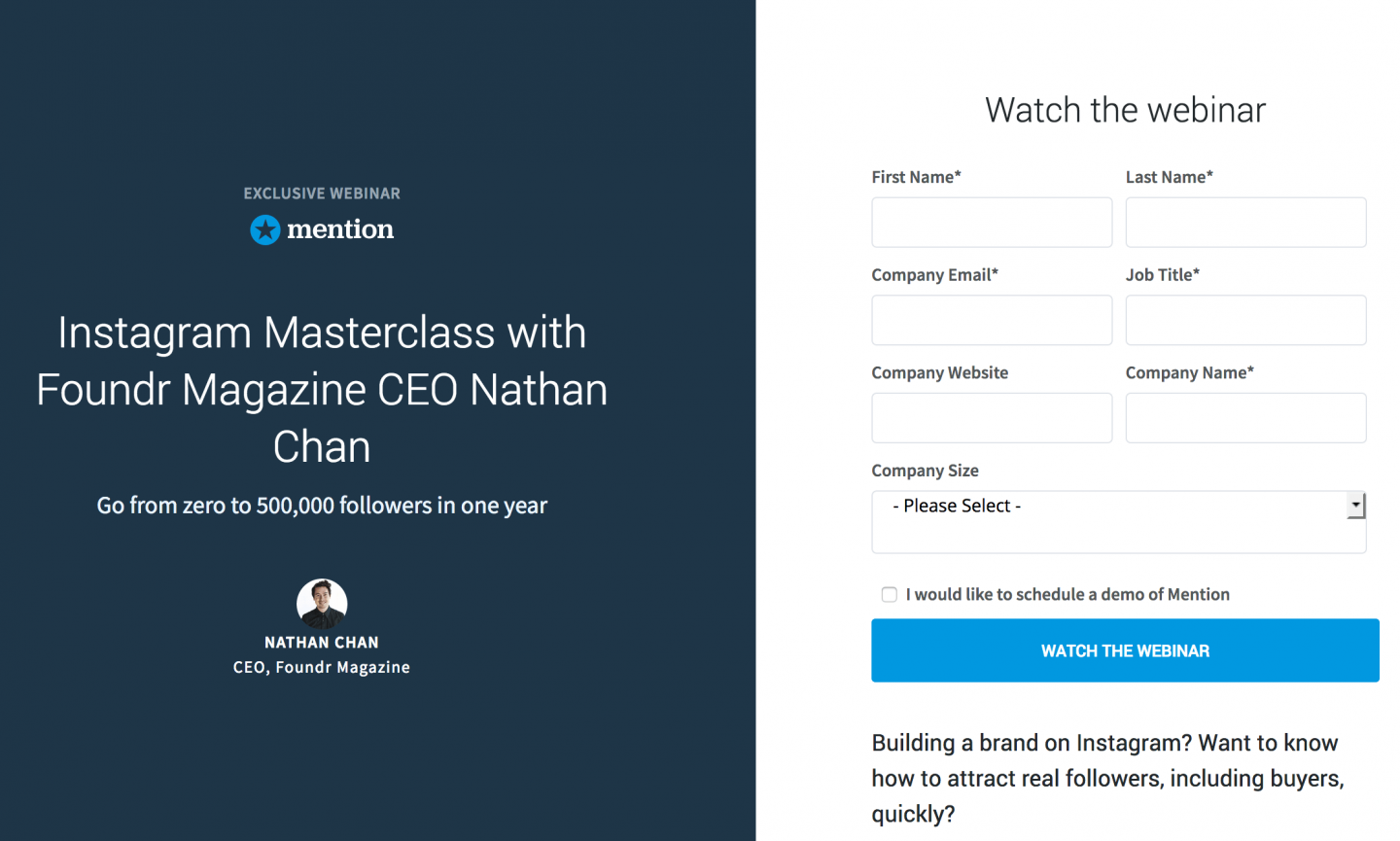 The team from Mention is doing a great job with their webinars hosting on different topics, such as “How to create Epic visuals for social media” or “How to Use Data to Give Your Communications a Makeover”. And all of these webinars are hosted by their partners who are professionals in these topics.

According to a survey conducted by ReadyTalk to their clients, between 20% and 50% of webinars attendees turned into qualified leads.

And for some marketers, this is more than enough, right? 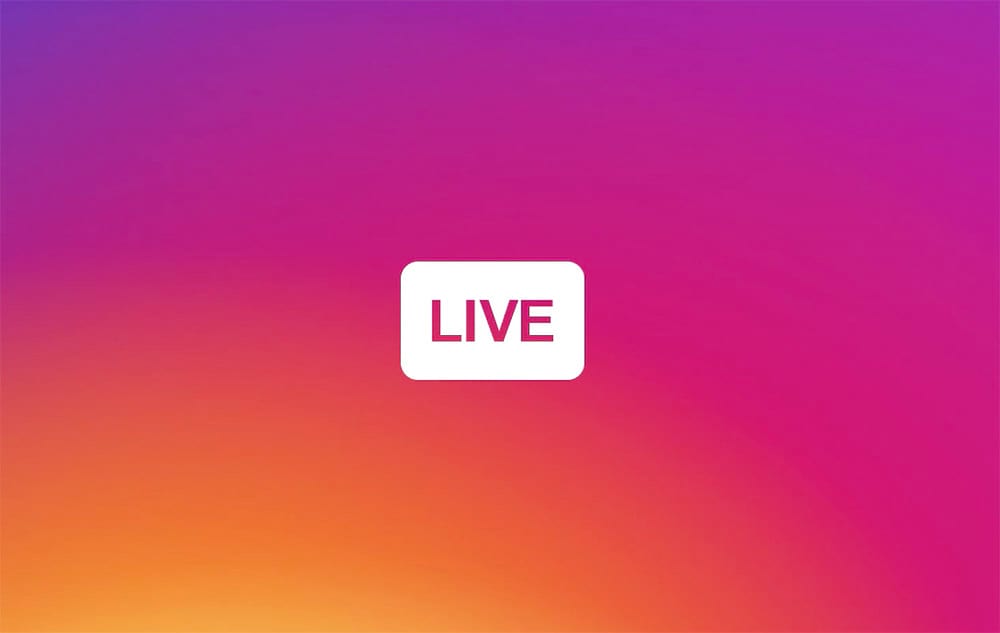 When Facebook launched the Facebook Live service in august 2015 only the verified public person could live stream through the iOS Mentions App. But in december 2015, the live video was available to selected people on their personal profile and then to everybody.

But this wasn’t the time when live video content started to get more attention.

There are other players in the live content corner.

Let’s not forget about Twitter that acquired Periscope in January 2015 for an estimated value of $100 Million in stocks and cash, but was not released until March 26 of the same year.

And the social network pushed celebrities to stop using Meerkat.

When Instagram launched in August the Stories feature, they saw an increase in users who are using this new feature, and now over 100 million people use it every day. And this step created them a new way to share moments – Instagram Live. This is another way that people can connect with their friends.

But the thing at Instagram Live is that the story disappears from the app, so the user can feel more comfortable sharing anything, anytime.

Now think about this as a marketer: how many opportunities you have now to create live videos for your community. And it doesn’t matter that you have a bigger engagement on Twitter than on Facebook because you can use Periscope.

Or it doesn’t matter that the only social platform where your brand is present is Instagram, because you can broadcast live directly into the app. 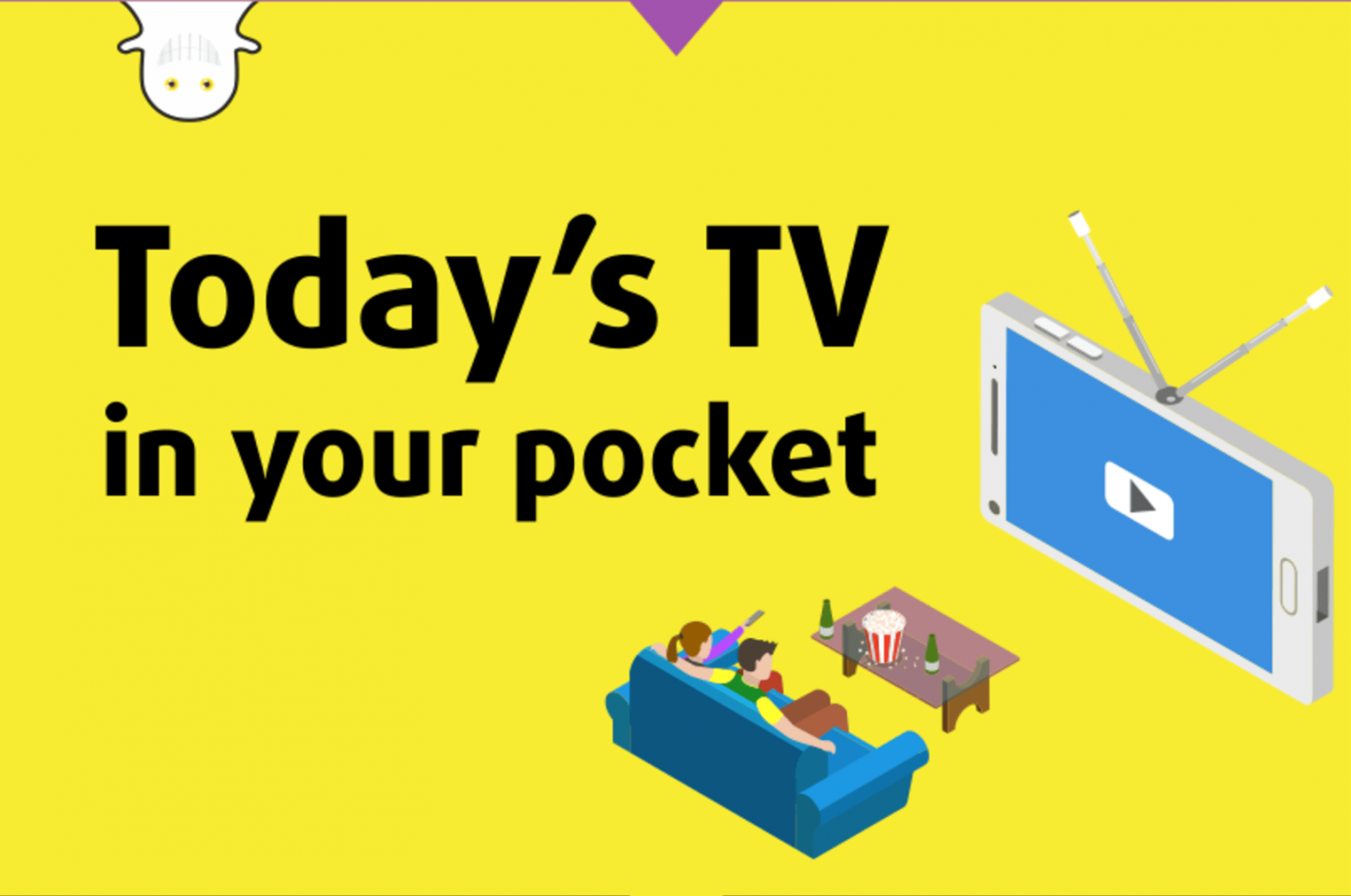 I couldn’t find a better name to this category, but I believe that it’s the most iconic brand for this kind of video content. Snap videos are that kind of videos you create for platforms like Snapchat and Instagram and they disappears whitin 24 hours.

The first who came up with this kind of content was Snapchat, who allowed their users to send in private chat text videos and photos that will self-destruct after a few seconds a person viewed them. And then they created a “timeline” for the user that can send his/her stories to the “My story” section.

I see attention as one of the biggest feature you could rely on if you are a marketer.

If you create something that is getting more and more attention, people will start engaging with you on social media. This is why Instagram released a feature called Instagram Stories where users and brands can easily create content for their community.

Snap videos can be a great start for your company if it wants to embrace the “media company” approach and start creating content that not only engage, but also educate, inspire and inform.

If you have a big community you could use your user content and share it on your snap videos, or you could give a person the chance to takeover your account.

And these are only a few simple ideas, but there are plenty of new ideas that can help you get your own strategy.

They say that 2014 was the year of video, 2015 was the year of live video and 2016 will be the year of other type of video. Well, that means that for 3 years we are living in the age of video, but there are just a few brands who really embraced this type of content and started engage with their community.

You don’t need a big production team when we talk about creating video.

Today you have the power in your hand, or just next to you: your smartphone.

Just write down a simple strategy for you, start recording, try to be constant and develop from time to time. In social media, execution is your a/b testing!

Now back to you: let me know what brands do you like the most in their approach of video content and why.